We are proud to introduce the new Queen City Mutiny FC soccer uniform (QCM). This specially designed custom uniform attempts to establish a clear connection between the clubs QCM (soccer) and Charlotte (futsal), and bring out the true essence of the Queen City.

The home jersey features the queen’s crowns lined up vertically, on a reddish background that fades upwards. The red collar stands out on the white background of the shoulders. 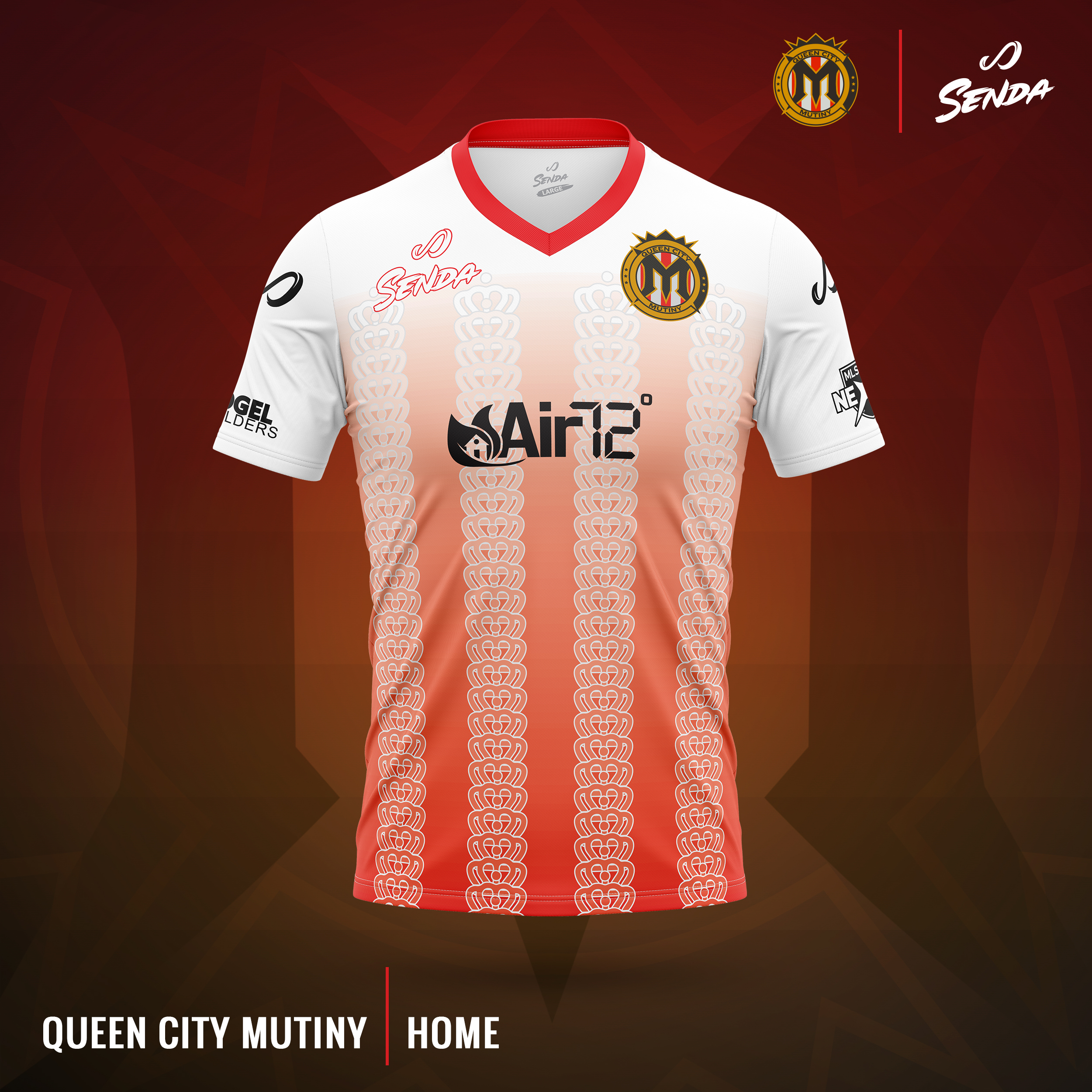 The away jersey combines fading grey vertical stripes with black on the shoulders and sleeves. 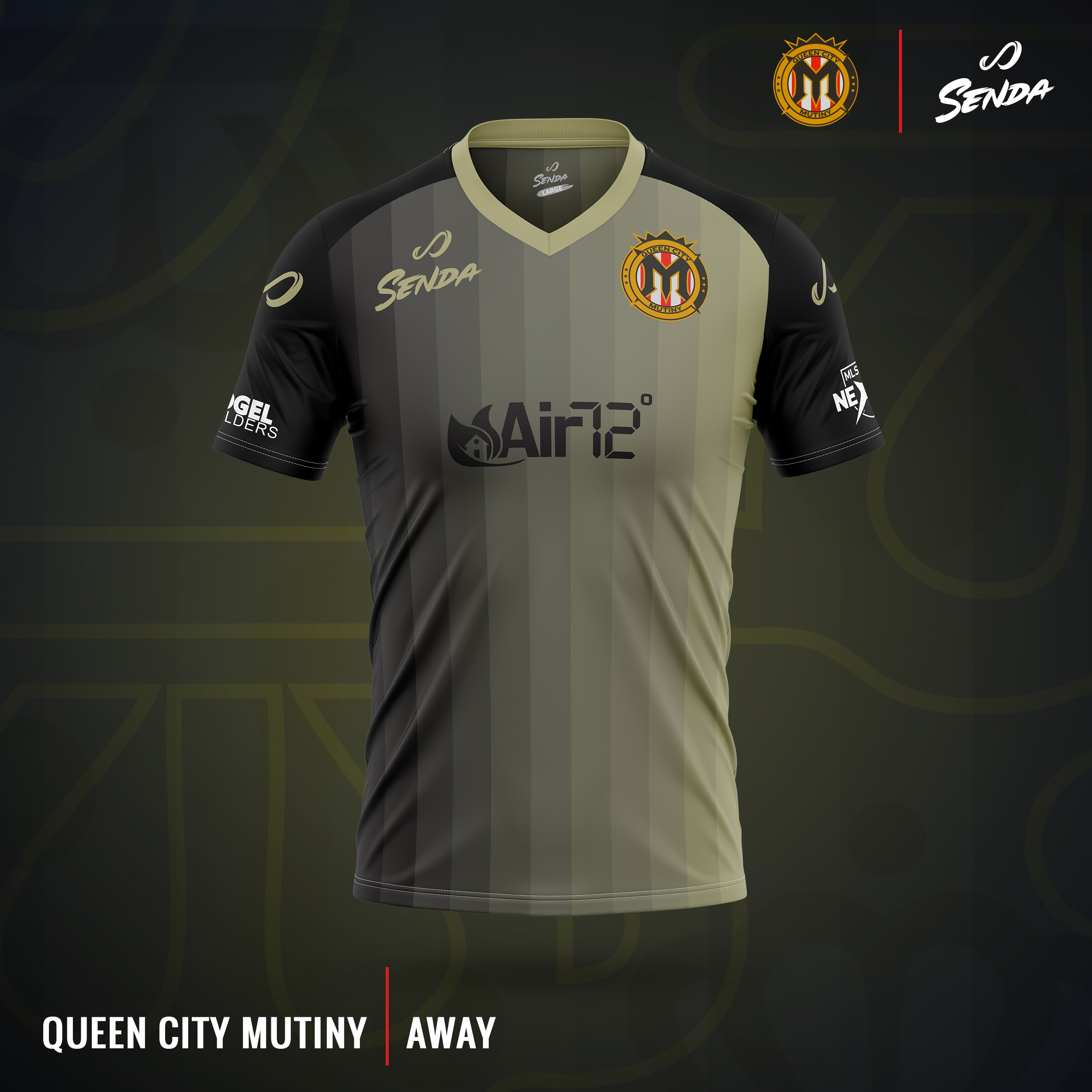 In the goalkeeper jersey, the silver-gray crown pattern has the shape of a letter “V” on the chest and is stamped on a beautiful light aqua. 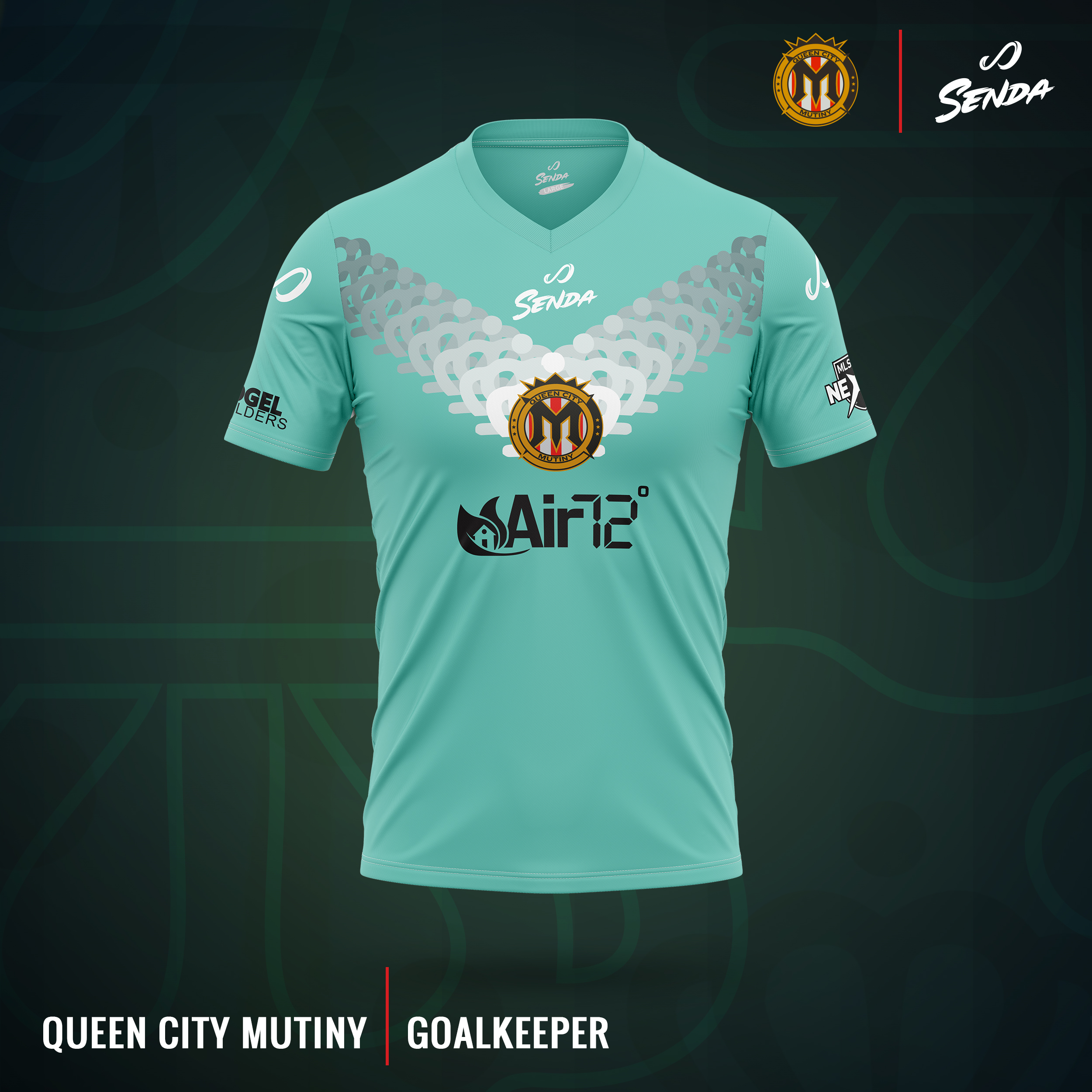 The ¼ zip-top combines a vivid red with the white sleeves and keeps players warm off the field. 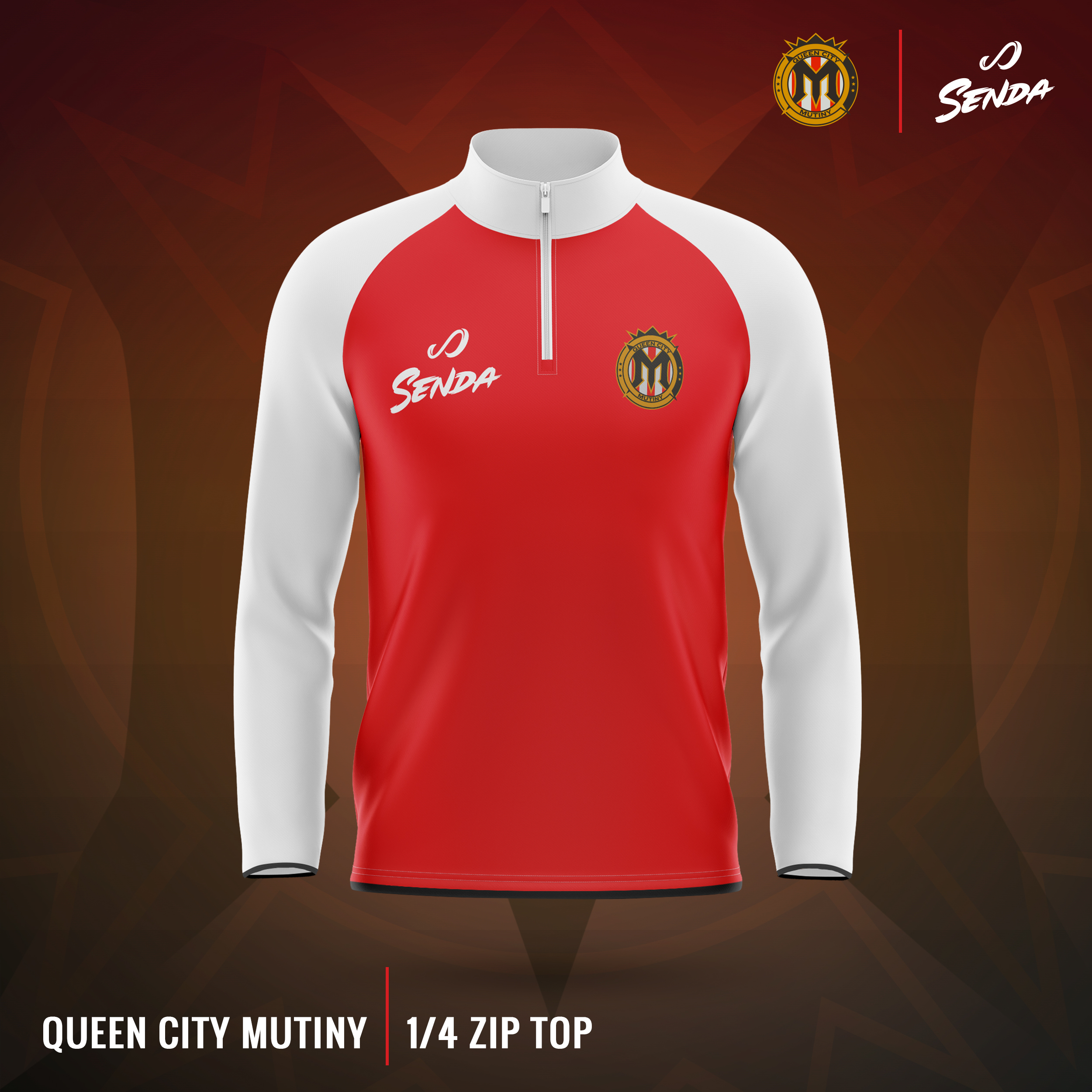 Located in Charlotte, North Carolina –nicknamed the Queen City in honor of the queen consort of British King George III when the city was founded– QCM offers youth soccer programs that have been designed to improve the professional development of young athletes at the earliest stages of competitive play.  Available programs go from ages 6 to 19.

QCM has helped many talented players in their path to higher levels of the game. Just this past year Queen City Mutiny has aided in placing 15+ individuals over 20 in the Charlotte FC Academy as full-time players, as well as 10 other players taking part in their season-long Discovery Program.

Founded in 2014, QCM is a member of MLS representing a great achievement of growth and improvement for the club.  QCM players development is based on four pillars: technical, tactical, psychological, and physical.

Rani Ghaziri is the Executive Director at QCM and has over 20 years experience in the youth sports industry. When he moved to Charlotte in 2014, he established both Queen City Mutiny and Charlotte Futsal as leading youth development entities within their respective federations. “The whole idea could be summed up as a journey. It’s about the training, the focus, and going on to be the best version of yourself. We are in the best league, but it is not the most important thing for us. MLS is good for recruiting and for prestige, but it doesn’t matter what league you are playing. The most important thing is to improve. Everyone is working to be the best player and person in and of itself.”

We believe in Senda as a disruptive brand that promotes improving lives by the joyful playing of soccer and futsal.

Asked how the idea came about to create and wear Senda uniforms, he stated: “We wanted a true partner with common core beliefs and the drive to help spread our club's message across the Carolinas. QCM is fearless, and does not feel the pressure to go with what is ESTABLISHED. We believe in Senda as a disruptive brand that promotes improving lives by the joyful playing of soccer and futsal.

Have your team geared up with bespoke uniforms specially designed for your club. Contact our design team now and start the journey to the uniforms of your dreams right away.