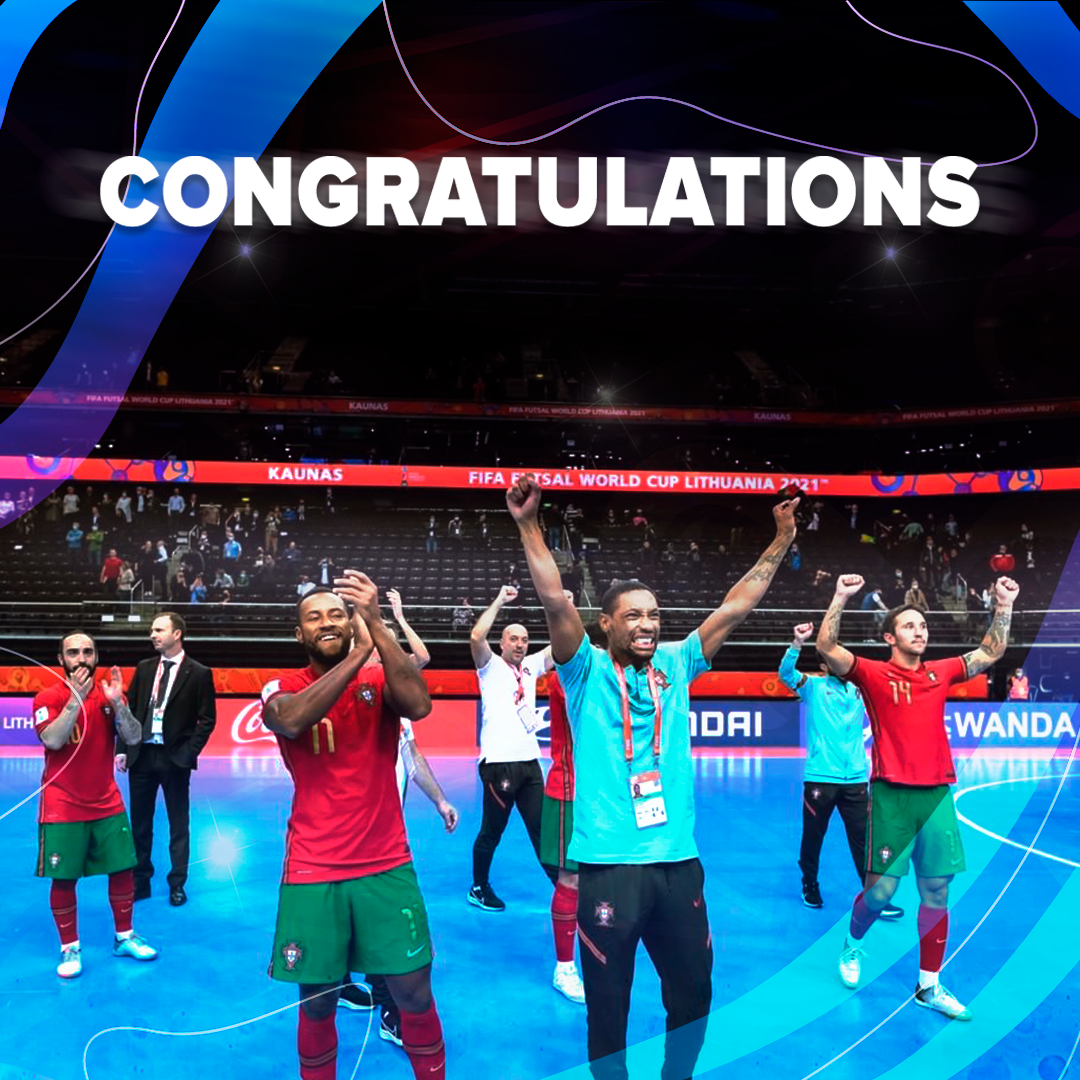 The ninth edition of the FIFA Futsal World Cup Lithuania 2021 has just come to an end with Portugal winning their first World Cup with a 2-1 win against defending champions Argentina.

It was a thrilling final in the Zalgirio Arena stadium in Kaunas. Pany Varela gave the European champions the victory, scoring the 2 goals, while Ángel Claudino scored for the South American team.

Today’s final was an epic clash until the last minute. While Portugal played for the first time in history a World Cup final, Argentina disputed their second and consecutive final.  This was a rematch of the 2016 semi-final between both squads which saw the Argentines winning 5-2 on their way to the title.

Argentina had beaten Brazil in an unforgettable South American semi-final. Portugal booked their spot in the final after winning against Kazakhstan.

The Video Support (VS)  services debuted at this World Cup as a technological aid for referees and the game. It comprises a review operator and a pitch side monitor allowing referees to review specific incidents. Compared to soccer, futsal referees do not have a video assistant referee (VAR) following every moment of the match on a television monitor. In futsal, referees only revert to video evidence if coaches challenge initial calls on the field of play. As in soccer, the final decision remains with the referee.

Another interesting highlight of this tournament is that for the first time female match officials took charge of a World Cup match. This has been a huge step forward for these women who made history. On the other hand the Association of Female Futsal Players (AJFSF) started a campaign to demand that FIFA organizes a Women’s Futsal World Cup. Senda agrees with and supports this and other initiatives that promote equality in our beloved sport. Hopefully, soon their claim will be heard and they will have the opportunity to participate in the female version of this competition.

This Futsal World Cup will stay in our memories forever. Senda had a presence with 10 athletes from different national teams wearing Senda Ushuaia Pro shoes. This is an enormous achievement for our company and proves how much our brand has grown and the recognition it has gained among elite futsallers. We are so proud of Lucas Farach (Argentina), Richard Rejala, Alan Rojas, and Jorge Espinoza (Paraguay), Junior (U.S.), and Andrés Terán (Venezuela), and are very honored that they played the best futsal in the world with their feet in Senda shoes.

Gavity Grip socks had a presence in Lithuania too. Kiki Vaporaki, Santiago Basile, and Lucas Bolo from the Argentine national team wore them and gave us amazing feedback. 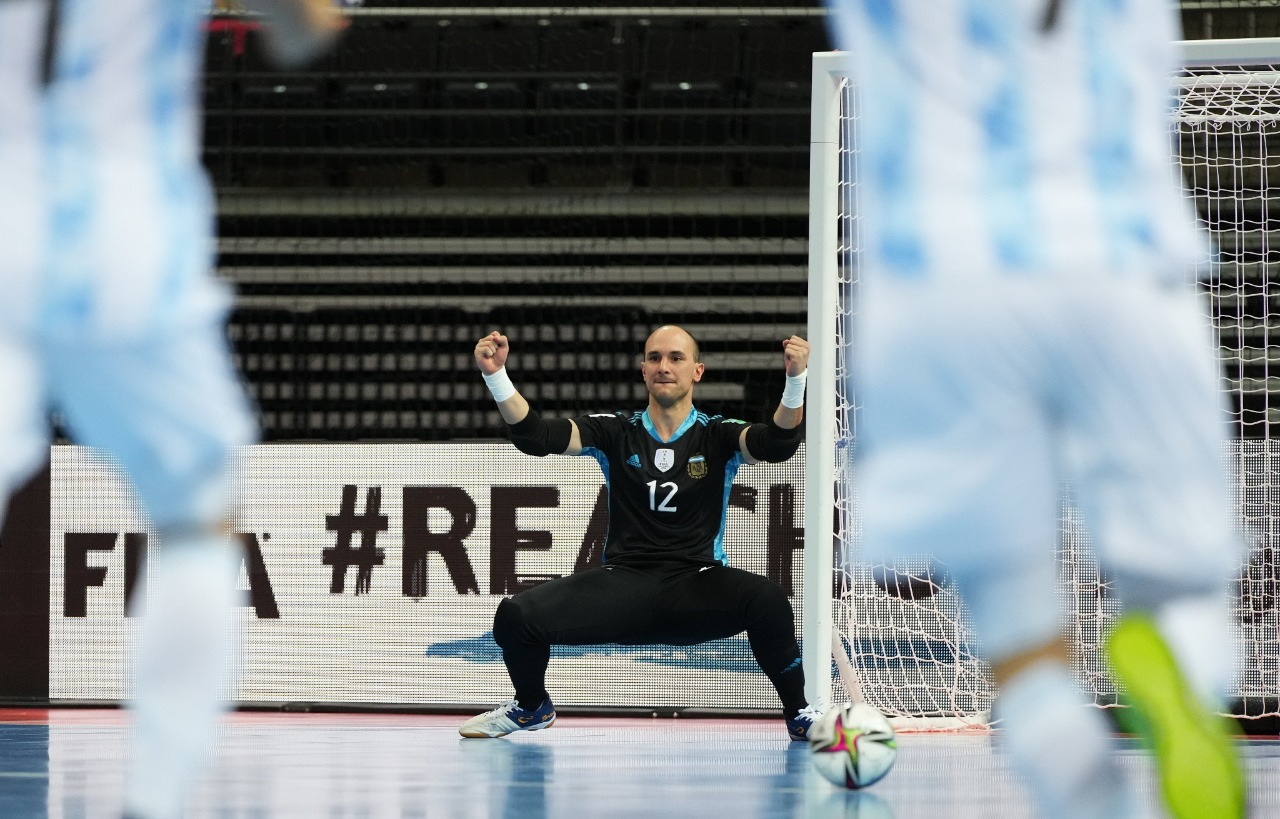 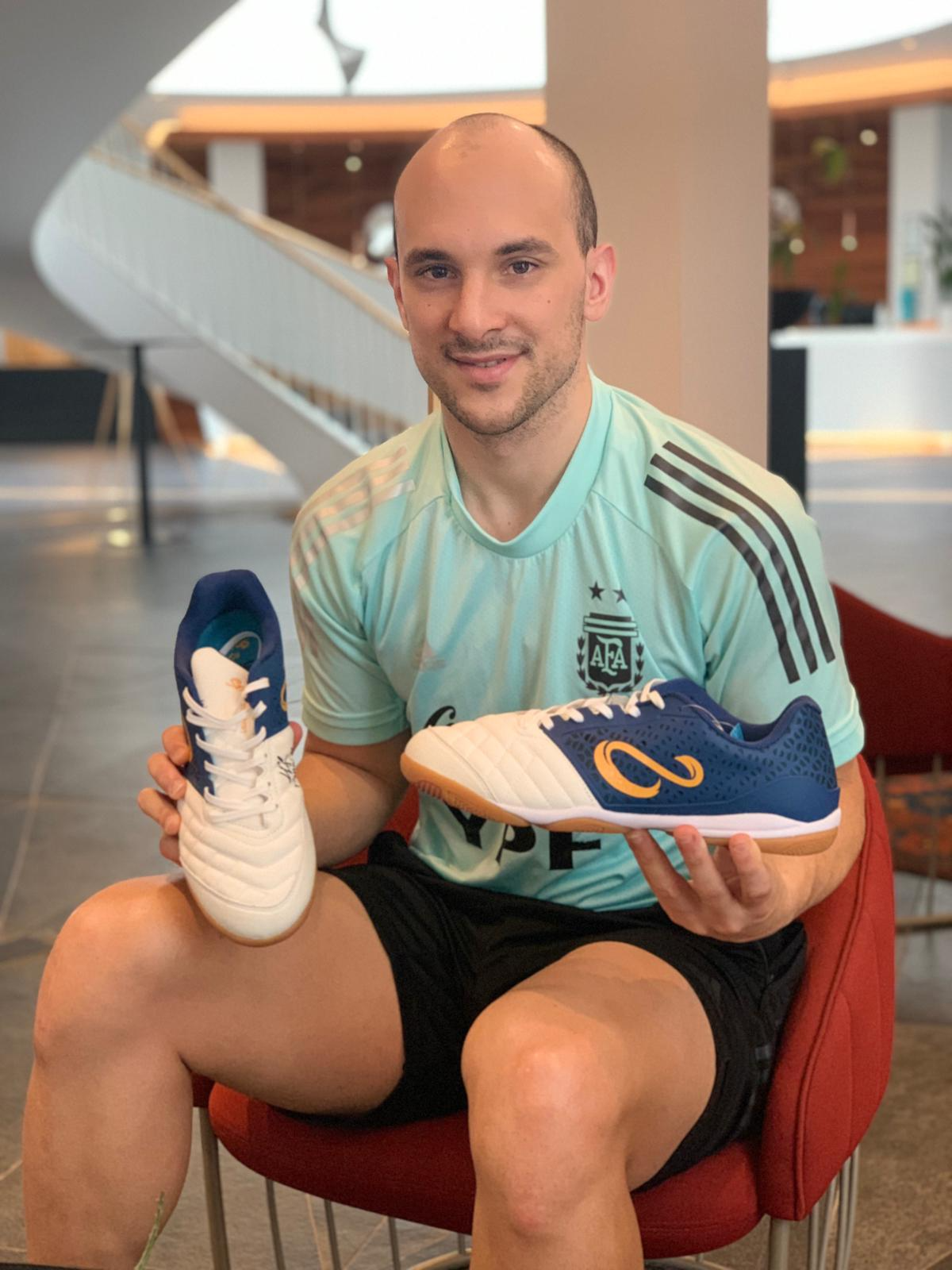 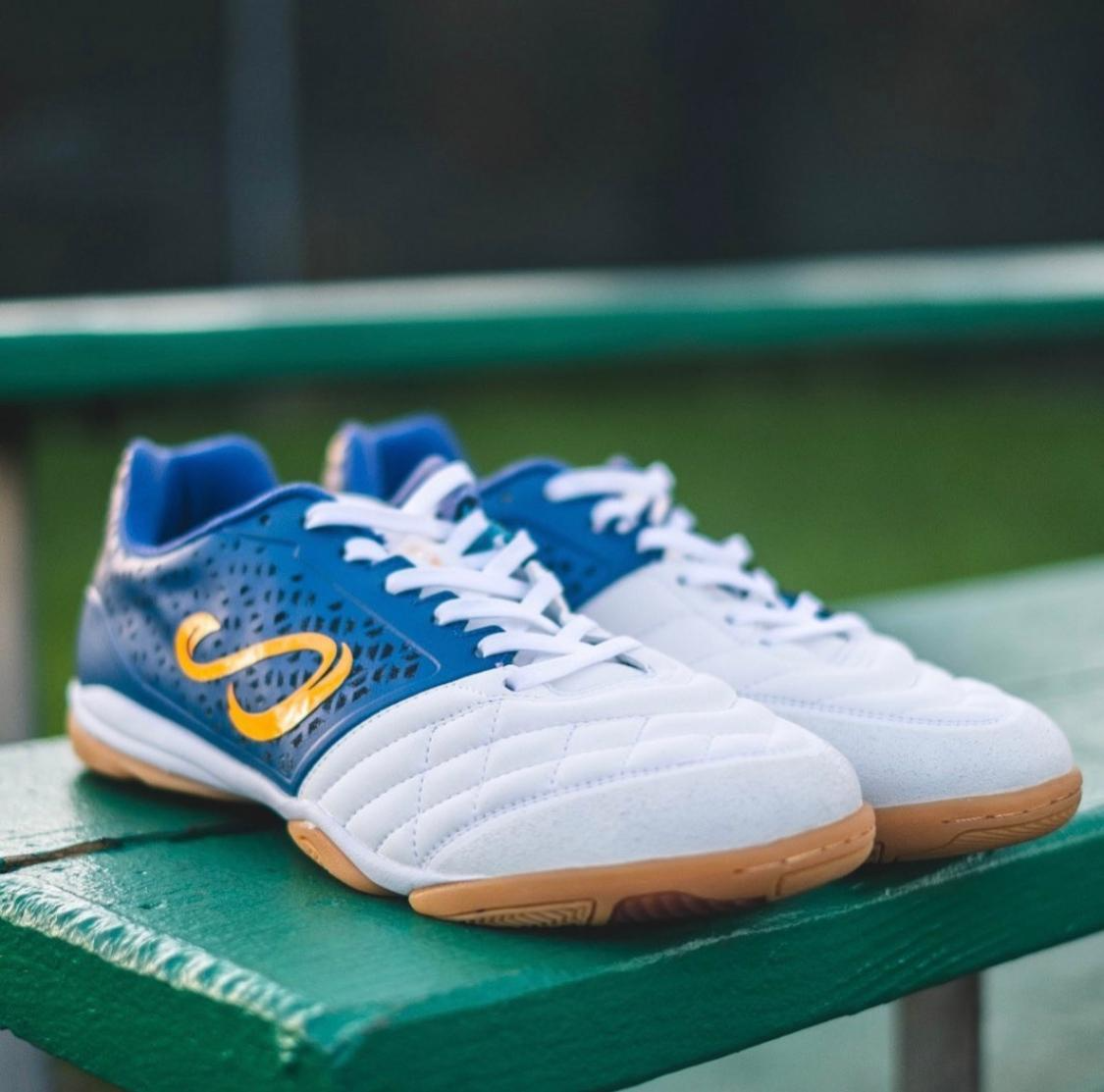 Santiago Halty and Nacho Laudano, CEO and Head of Product Division at Senda,  traveled to Lithuania and had the chance to attend and enjoy many of the games. They were very impressed by the three stadiums in which the tournament took place: Kaunas, Vilnius, and Klaipeda.  “They look pretty much like NBA stadiums”, they said, in terms of infrastructure and technology.

Asked about his experience in this World Cup, Santiago Halty shared his feelings: “It was an incredible and emotional World Cup for the entire Senda team. Watching 10 players compete at the World Cup wearing Senda Ushuaia Pro futsal shoes, only two years after launching them with the support of our community, was a dream come true. With insights and feedback from our world-class athletes we have some incredible new products coming in 2022, and we cannot wait to share them with the futsal community.”  he added. 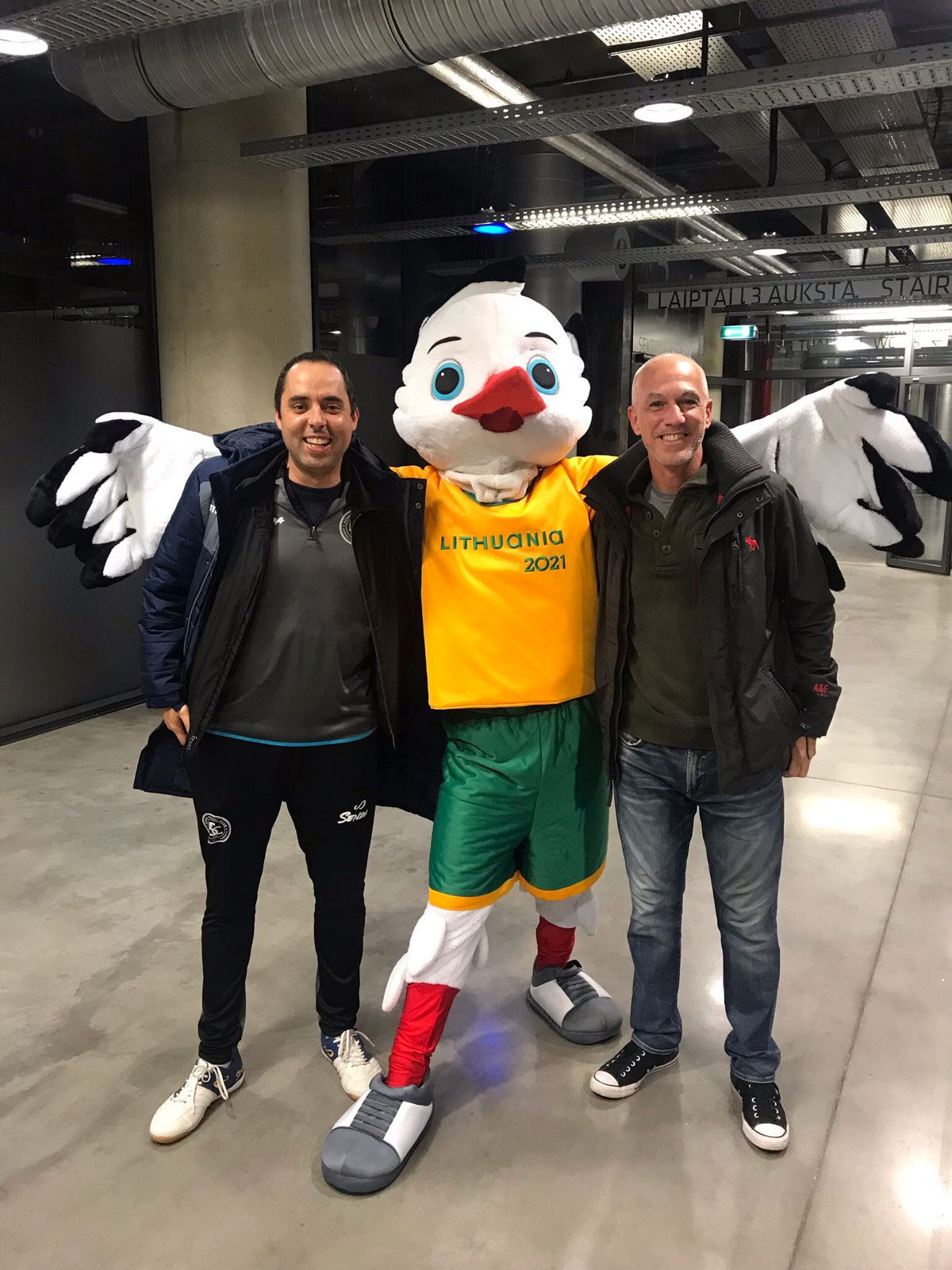 Visit our online shop and choose your next futsal shoes now!